I’m just getting settled in here in Boulder. It’s pretty quiet here since all the students are gone for the holidays. My drive out here last week was pretty eventful. I left St. Louis on Monday morning expecting to reach Boulder by about 10pm. About an hour and half outside of Kansas City I hit the massive blizzard that cut through the Central US. It was quite sudden. It went from rain to dangerously snow covered roads in what seemed like a matter of seconds. Cars were off the road everywhere. I ended up spending the night in Hays, Kansas to wait out the blizzard. The mountains were shining beautifully by the time I was driving through Denver, welcoming me in. I’m glad to be here now, I can’t wait to find out what is in front of me. Whenever Fed Ex finds my skis that they lost, I will head up to Keystone or Breckenridge and get my season started.

A few days before I left I took photos of my friend, Jared, who’s a performance pianist in the beautiful Auer Hall at Indiana University. We got to the hall after midnight thinking it would be empty, but an organist was about to record for her class. She allowed us half an hour to get our shots done. Working without an assistant meant it went slower than it could have. 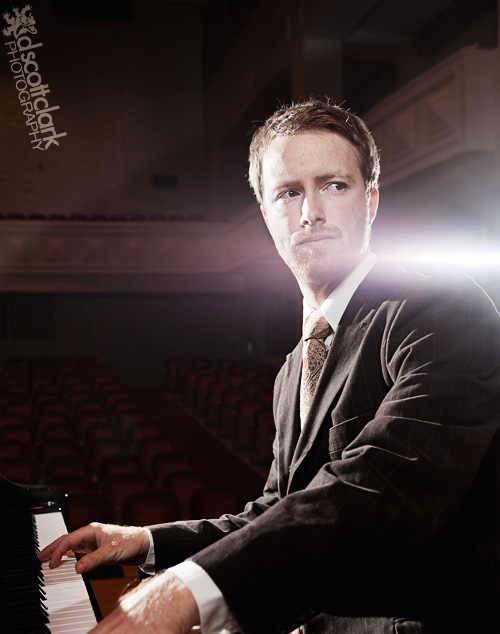 I set up one flash behind and on each side of Jared. The third flash I put slightly to my right. I shot it through my 72″ translucent reflector to soften the light substantially. Since I didn’t have an assistant I had to sandwich it between a music stand and a chair to keep it up right. I also couldn’t find my third tripod in the rush to get out of the car, so I used a music stand to hold my Yongnou flash. Since Jared was sitting down, it was high enough it worked. 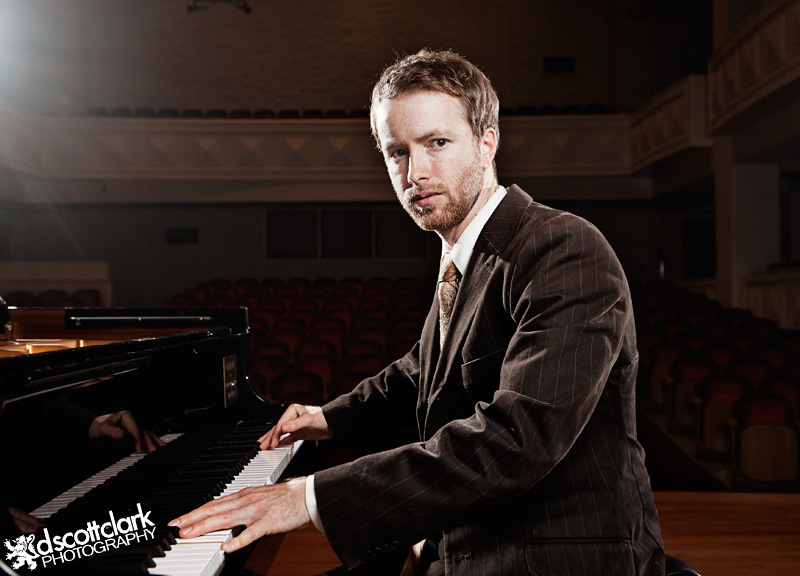 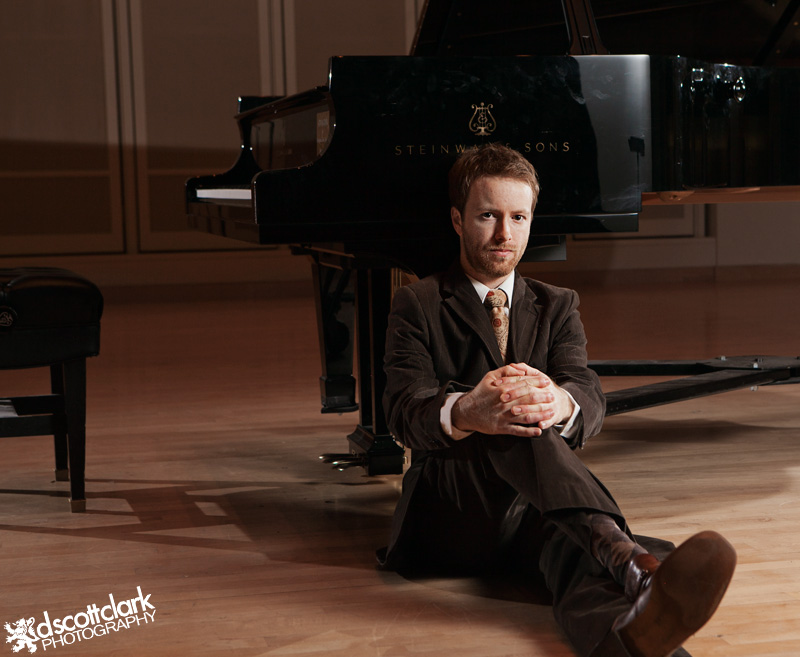 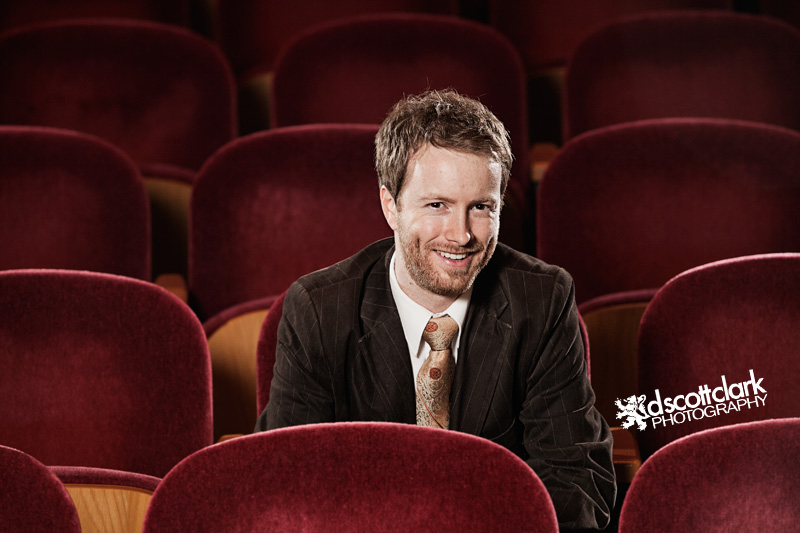 The last shot we hurriedly set up the lights as the organist was rushing us out. I switched to my 70-200mm for this shot and got low on the stage. We quickly got our stuff out of the concert hall so the organist could record.

I would rather work having more time and options, but I like knowing that I can work with so little.

2 thoughts on “Jared in Auer Hall”