The first weekend of 2012 I spent in “the Switzerland of America,” Ouray Colorado at the Ouray Ice Festival. The quaint town of Ouray, pronounced “euray”, is nestled into a valley completely surrounded by impressive mountains. The Ice Festival takes places just above the town at the Ouray Ice Park, a “manmade ice climbing venue operated in a spectacular natural gorge.”

I like to browse Craigslist regularly and I came across a post asking for a ride-share to the festival. I’d never heard of it, but when I looked it up I knew I had to go.  A six hour car ride later we arrive in Ouray.

My craigslist friend and I decided to brave the cold and car camp in a small park above the city. It was a beautifully clear night with an almost moon acting as our night light. In the morning we prepared to watch the highlight of the festival, the climbing competition. I talked the editor of Rock and Ice into getting me access to the base of the gorge so I could shoot the competition. 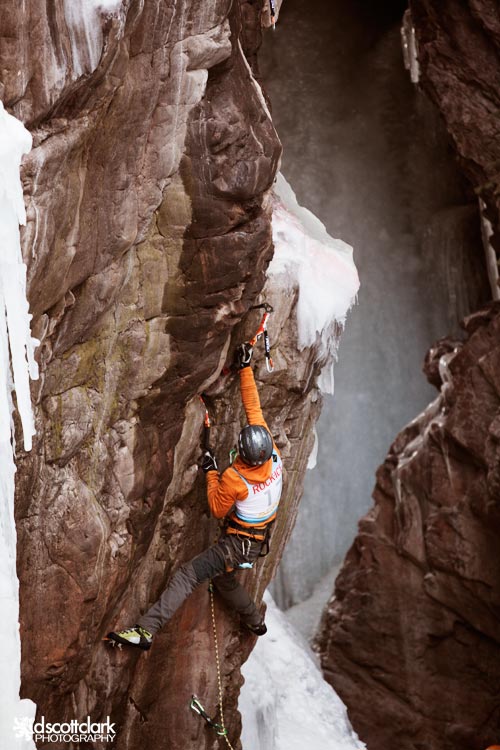 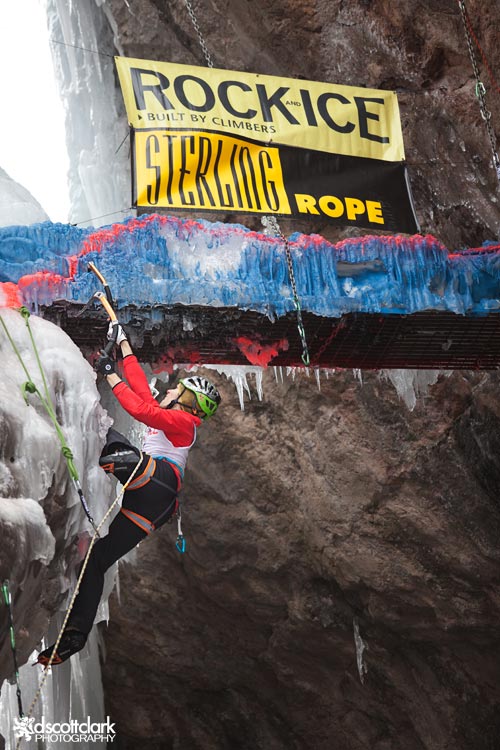 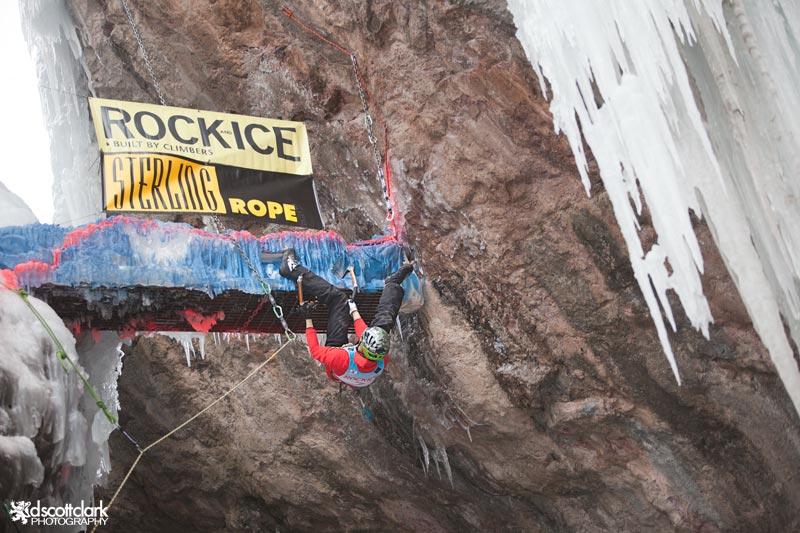 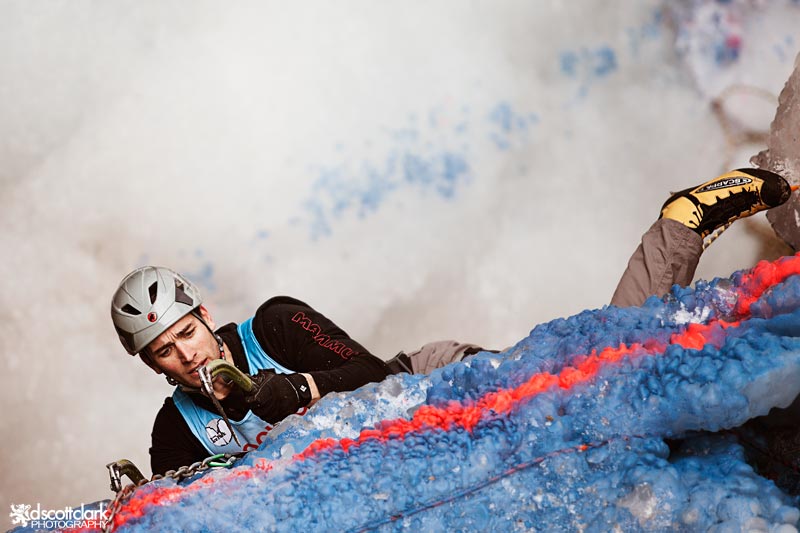 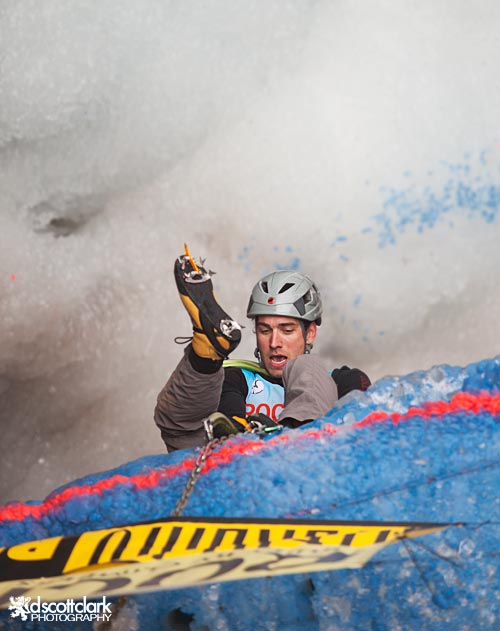 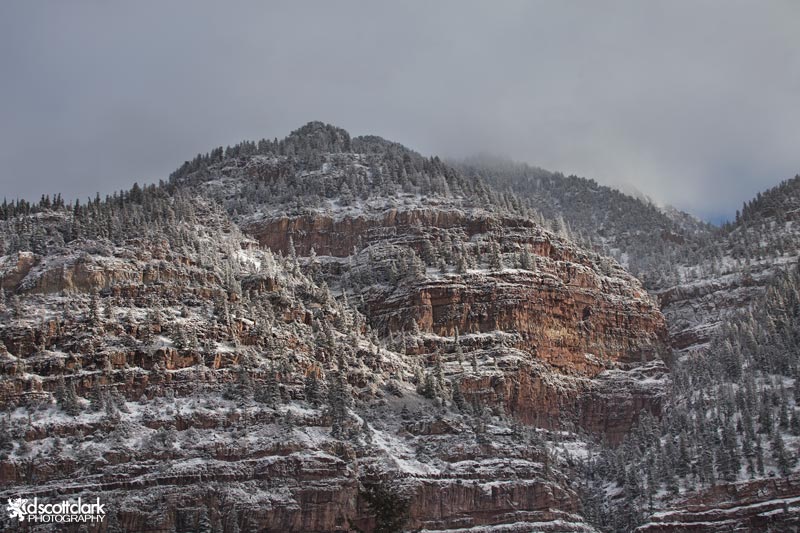