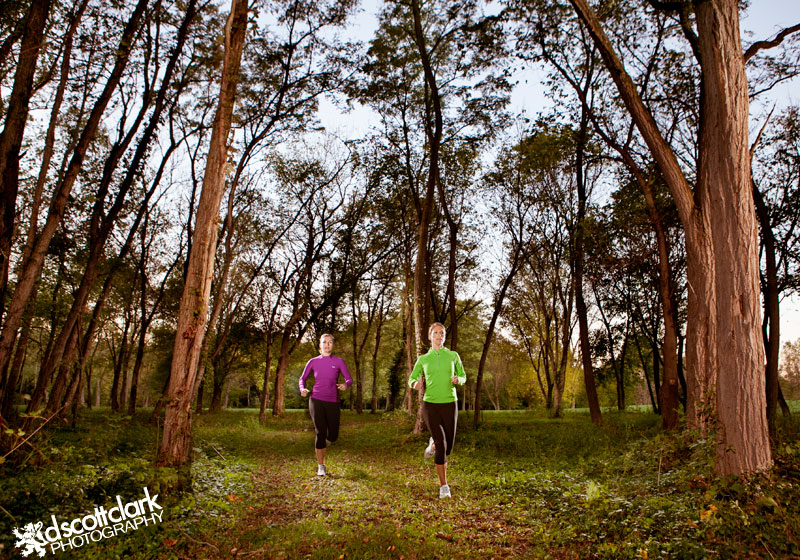 I feel that saying that it has been too long since I posted is getting cliché. Working a full time, 40 hrs a week job and trying to keep up with all the other activities that I do makes it difficult to update this thing. I am definitely thankful for my temporary job with a government contractor, but I will be thrilled when it is over at the end of this month. I’m prepping to move out to Colorado, and getting nervous about it. I know it’s the right move for my career though.

A couple of weeks ago I was able to throw together a shoot with two long distance runners (Both of them just ran the Chicago Marathon yesterday). This shoot came about through the extremities of my network. I’d been trying to put together a running shoot for a while.

Click the HERE to continue reading and to see the rest of the images.

I spent all day Saturday scouting locations, and finally came across the right place. Sunday morning before dawn I met the runners, Amy and Jennifer, in the parking lot; my first time meeting both of them. My friend and fellow photographer Chris Whonsetler met me to help out and to do some behind the scenes video (which hopefully will come out eventually). I gratefully had two more people helping me with lighting as well. (I’m so used to doing everything myself. It’s great having assistants, but I need to learn to delegate better). 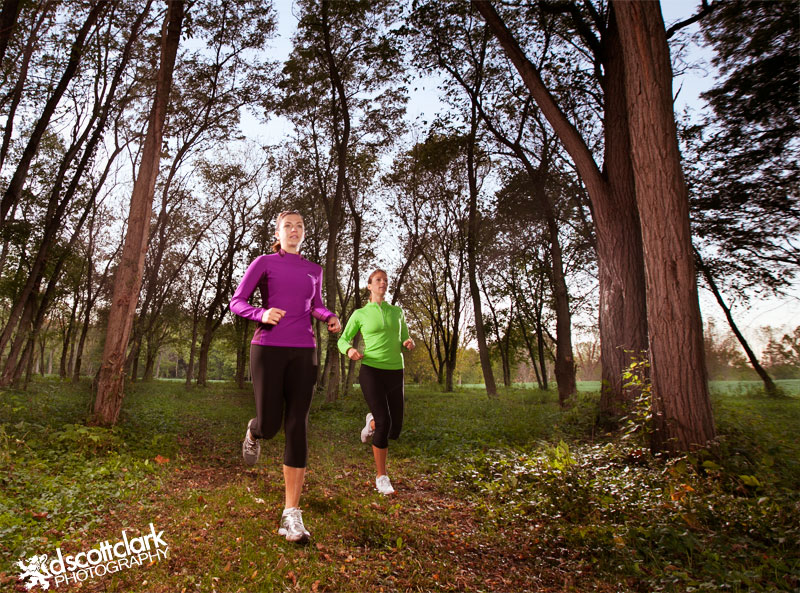 As the sun started to nip the tops of the trees we started shooting. I knew I was going to need to do multiple exposures to light the background because the sun still was not yet filtering through the trees, and I was using multiple strobes to light the scene. I shot my White Lightning X3200 monolight through my 36″ brolly box (a cheap alternative to a soft box) and used two speedlites for additional light. The brolly box gives a nice large soft light, as opposed to the speedlites’ harsh light. I also brought along my new Yongnou YN560 flash, which for around $70 is an awesome piece of photo equipment. I will do a review soon.

Using strobes for action photography gives some unique challenges. My camera, the Canon 5D Mark II, only syncs flash up to 1/200th of a second. Any faster than that and the shutter closes before the flash has lit the entire scene, causing part or the entire image to remain dark. Action shot at 1/200th of a second will result in blurry subjects. For a runner you would need to shoot at 1/500th or faster to completely freeze them. There are a few different solutions to this problem.

One is using the Canon High Speed Sync built into the Speedlites and wirelessly tripping the strobes via the Infrared signal. Advantages are that ability to use High Speed Sync as well as E-TTL metering (meaning the camera determines the correct output for the flash). Disadvantages: you lose a flash as one has to be on the camera, acting as the master and sending the signal to the other flash (or flashes). Also, Speedlites have a very hard time overpowering the sunlight, and shooting in High Speed Sync you lose power from the flashes.

A better solution is using the PocketWizards FlexTT5 system that allows for high speed sync but is not limited by line-of-sight problems of infrared. But you still do not have enough power to really overcome the sun. Big negative is the price. To get the setup I need I’ll spend roughly $660 for a two flash set up. 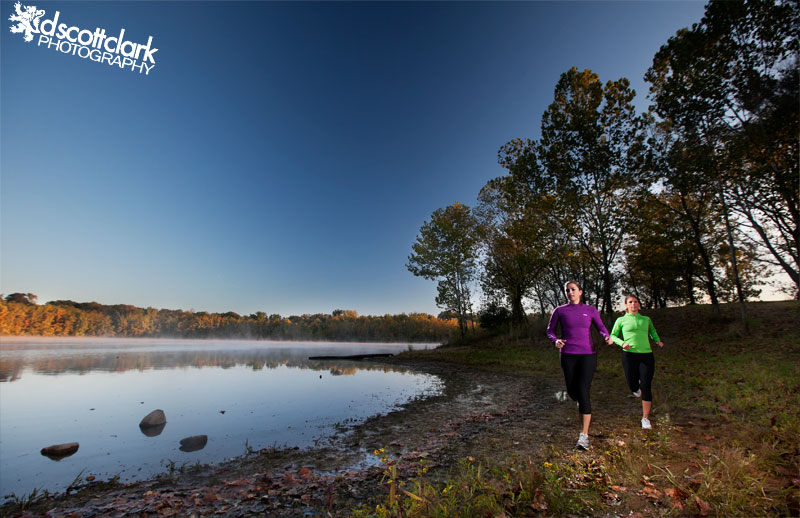 One thing to think about for the future is whether or not the property you are shooting on is private or public. Some private properties require you to purchase photography permits. After the first couple of locations a police officer on a golf cart rolled up and asked us if we had a permit to shoot on this property. Since I was shooting with professional equipment I needed to have a permit. But the officer gracefully let me continue when I promised that this was only for my portfolio and I would not be making any money off of these photos. He told me to get a permit next time. I am very thankful he allowed me to continue; the shoot would have been much much shorter and less productive. 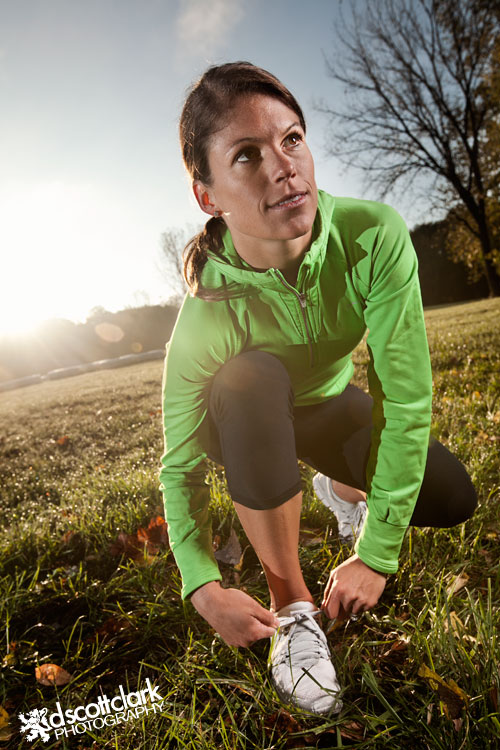 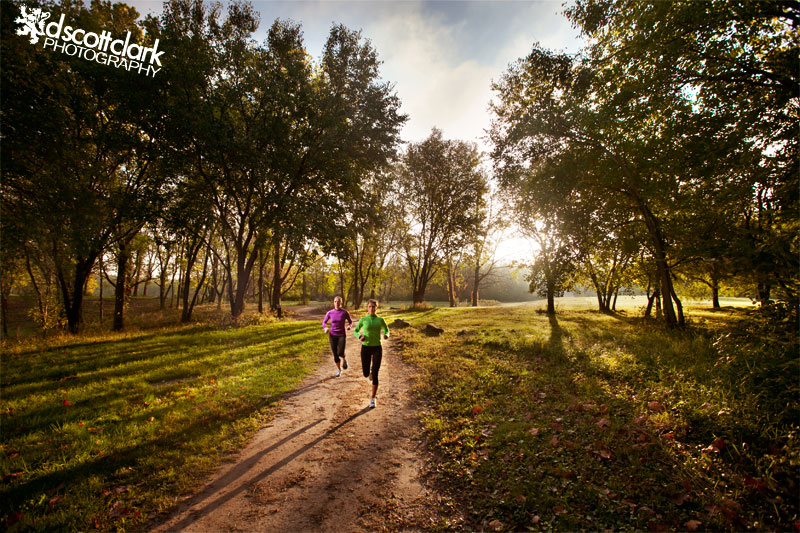 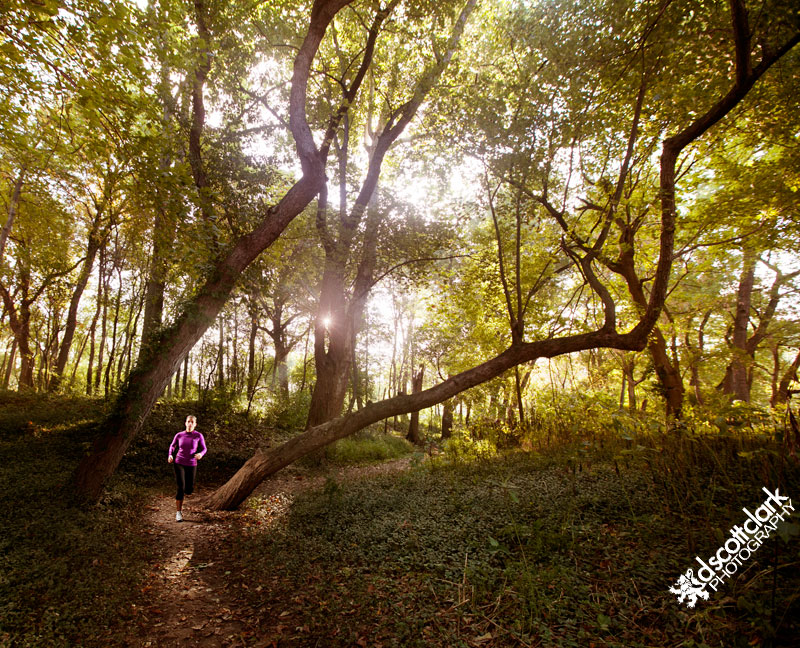 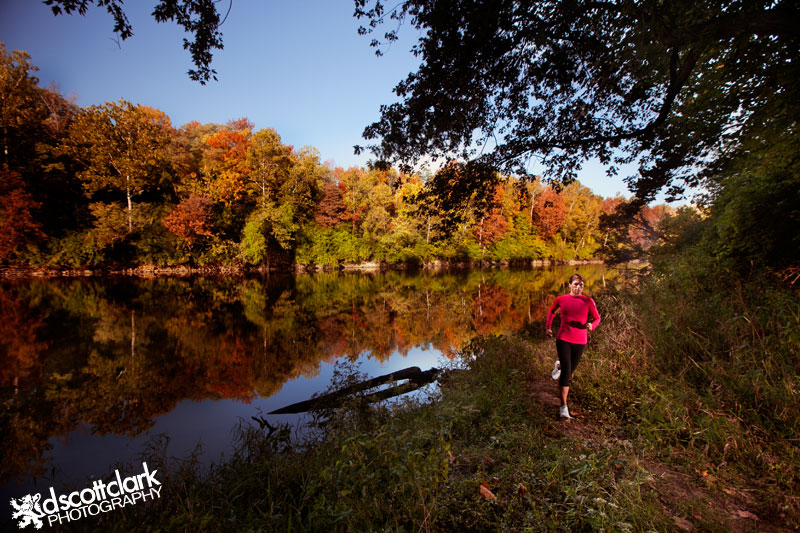 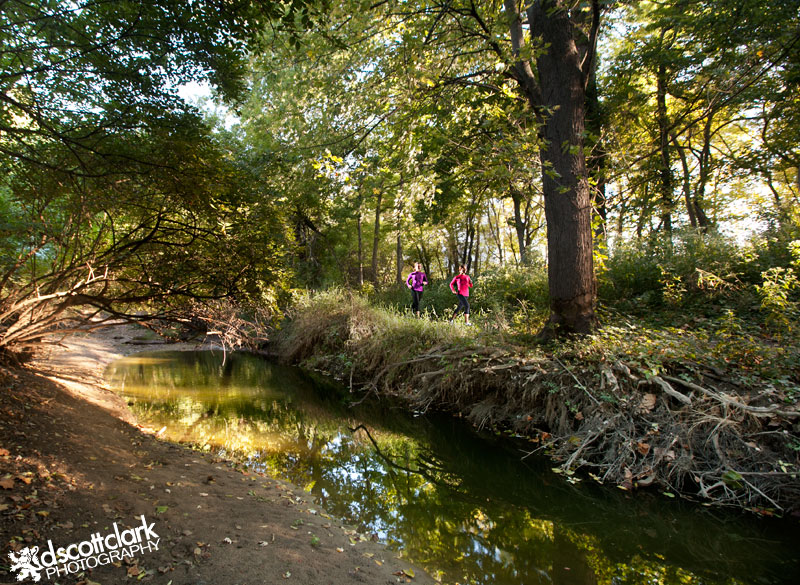 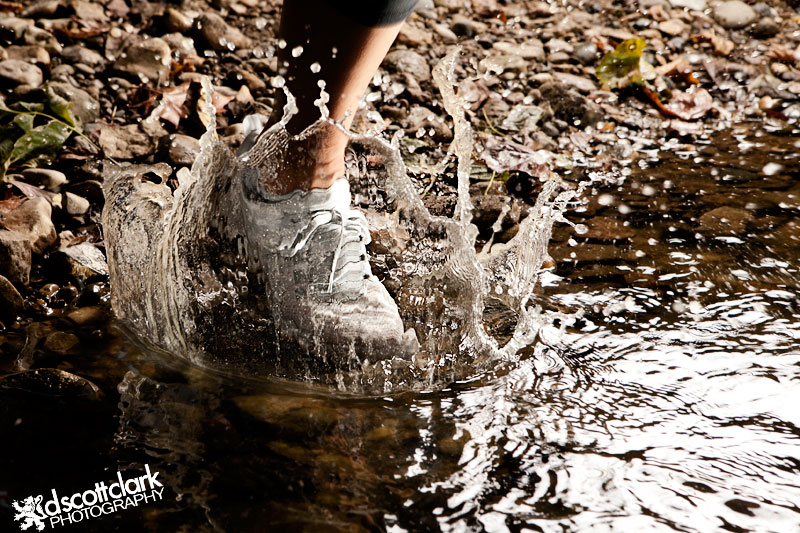 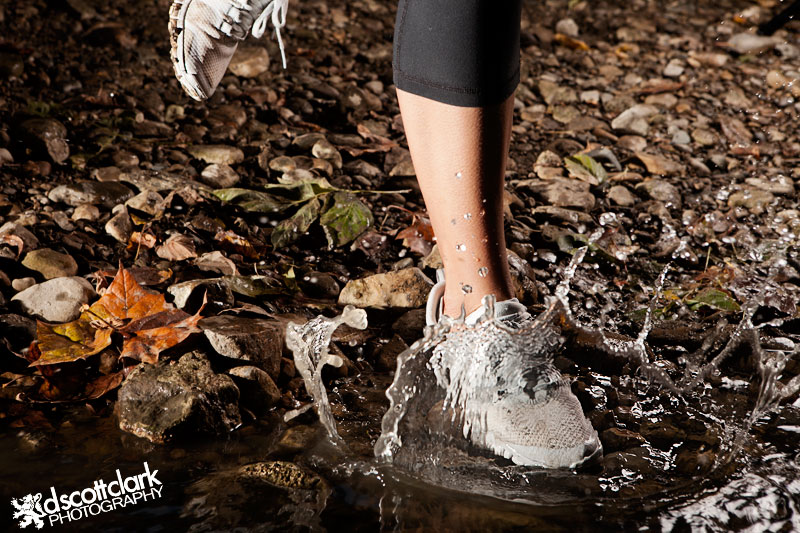 I was finished, done with everything I wanted to do. I had everything packed up and we were heading back to the vehicles. But we reached this spot and the light was too perfect. I’m so glad that I stopped. I love the simplicity of shooting all natural in amazing ambient light. 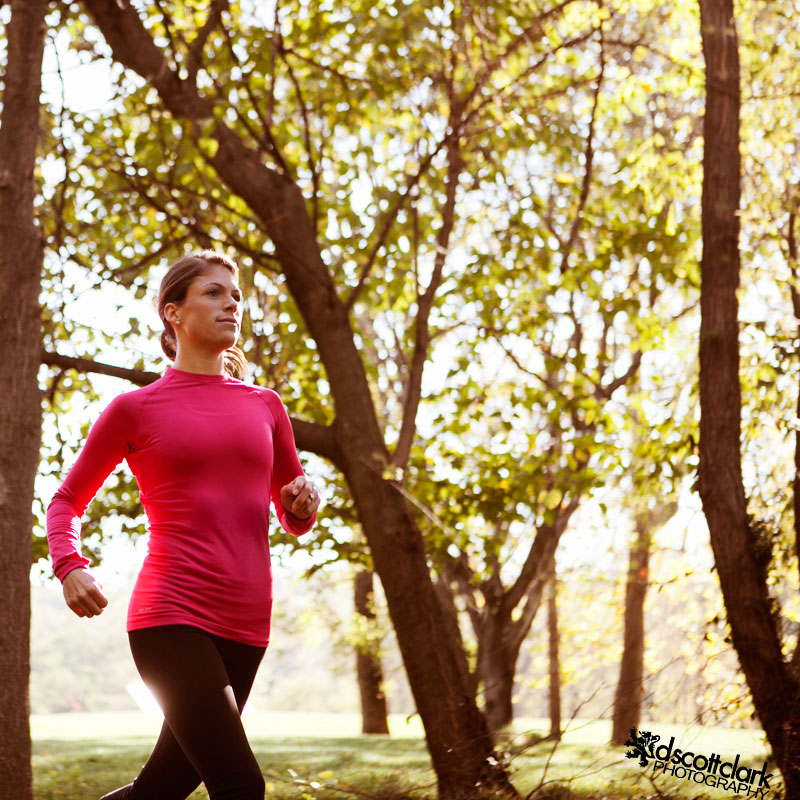 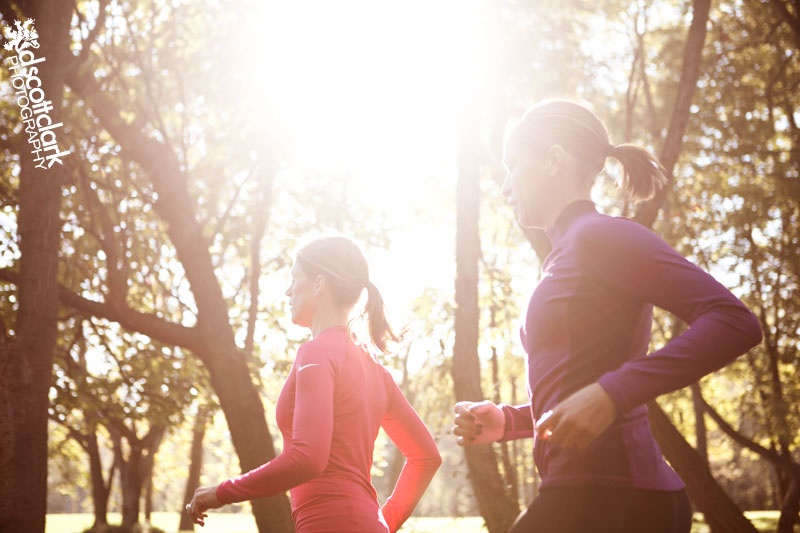 Thank you so much to Jennifer and Amy for their patience and willingness to try whatever I suggested, as well as my assistants, Chris, Poe, and Ian. I am looking forward to doing much more of these types of shoots.